“Providing information is key”: The Kashmir conflict from two perspectives 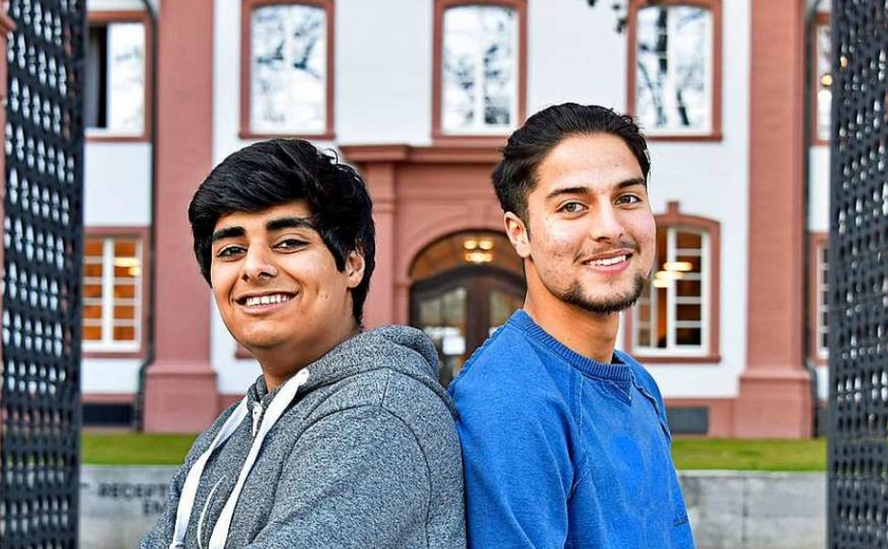 In this interview with Badische Zeitung, our students Ibrahim from Pakistan and Suhail from the Kashmir region (under India) share their experiences with and perspectives on the current conflict. This interview is a direct translation from “Aufklärung ist der Anfang” (veröffentlicht am Mi, 03. April 2019 auf badische-zeitung.de)

BZ: Suhail, you come from Jammu in Indian Kashmir. Ibrahim, you come from Pakistan. In the past days, tensions between the two countries have been rising. You go to the same school – have there been any problems?

Ibrahim: Absolutely none. Most people are surprised when I tell them about my Indian friends and some ask “Don’t you hate them?” My answer will always be “No, on the contrary, I even dance with them.” On our campus, Indians and Pakistanis get along extraordinarily well and appreciate each other a lot. It is a pity that most people do not realize how similar the two countries really are. It is a pity that a beautiful country such as Kashmir is being crunched by two nuclear powers. The only thing most people know about Kashmir is that it is war-torn, but no one knows anything about the beauty of its mountains. I have spent many summers in the North of Pakistan, the Pakistani part of Kashmir, and I can say that Kashmir is not called “The Crown of Asia” by mistake.

Suhail: I see it the same way. Most citizens of India, Pakistan and especially Kashmir do not have anything to do with the political tensions; they only suffer from them. Ibrahim and I pursue the same goal: bringing to light the many problems of Kashmir, share our worries with the world and living in peace someday.

BZ: The part of Kashmir you are from has been Indian soil for over seventy years. Do you identify as Indian?

Suhail: I have an Indian passport, but I do not identify with India for a plethora of reasons. The most obvious one is Kashmir’s geographical location. Kashmir is surrounded by mountains and thus completely separated from India. Local culture is also fundamentally different. While most Indian citizens are Hindus, over ninety percent of Kashmiris are Muslim. We also speak Kashmiri, a language that does not share any roots with Hindu. But worst of all is the current political situation: Currently, there are only four Kashmiris for every Indian soldier. When looking at the beautiful mountains, one can see army camps everywhere. Military operations and human rights abuses are an everyday reality. Day in, day out, Indian soldiers rape women and slaughter children; they bring so much suffering. My family has lost two uncles. Since their deaths, my father has not only had to provide for his own children but also for his nephews. Pretty much all Kashmiris find themselves in a similar situation. That is why people who identify with India are so rare.

BZ: And how are the relations between Kashmir and Pakistan?

Suhail: We associate a lot of good with Pakistan, not only because they mostly believe in the same religion as we do. Ever since I was a child, my parents would tell me, “Pakistan did this for us. They did that for us.” And it is true, Pakistan has helped train Kashmiri military and supports us with weapons. Nevertheless, most Kashmiris agree: We want an independent Kashmiri state in which we can live in peace.

Ibrahim: Pakistan does do a lot for Kashmir, but it would be foolish to think Pakistan’s motives are altruistic. Just like India, Pakistan has territorial claims over the entire Kashmir region. Pakistanis believe that we liberated the Pakistani part of Kashmir from India – which is why we call this region “Azad Kashmir”, which roughly translates to “Free Kashmir”. Pakistan also does not support the idea of an independent Kashmiri state; it would rather profit from the help it has given. It is sad, but Kashmir is being crunched between the two nuclear powers, India and Pakistan. Their interest in the region is partly motivated by religion but even more so by military and strategic motives. The mountainous area is often referred to as the coronary artery of the Indian subcontinent because most of the region’s river have their source there. The nation in control of Kashmir also has control of the water. That nation could, for example, dry up all of Pakistan.

Suhail: The rivers are also used as a source of energy. India gets more than a third of its energy from Kashmir. But Kashmiris only have electricity for four hours a day. It is absurd! In the urban areas, one can get up to twelve hours of electricity per day, but even that is inhumane during the cold winter months. Most of the time, the power is not even enough to power a light bulb, and your hands will freeze to death while washing them with water.

BZ: Apart from power supply, does the Indian occupation have a direct impact on your daily life?

Suhail: All the time. No life in Kashmir is safe. When parents send their child to school, they have no guarantee that they will return. I accidentally encountered a violent protest in 2016 at which the military shot blanks at the crowd. One of the bullets hit me in the chest; you can still see the scar. I somehow managed to get to a hospital where Kashmiri doctors sewed me up, gave me medicine and registered the operation under a false name. If the military had caught me on my way to the hospital, they would have captured me. I was lucky – but only two months later two soldiers caught me taking pictures by the riverside. They thought I was a journalist and when they could not find any suspicious pictures on my camera, they became even angrier. I was surrounded by ten or twelve soldiers who started kicking me and hitting me with sticks. They did not care that I was crying, they did not care that my father was a policeman. They only stopped once they grew tired. It was terrible. Still, I was lucky not to get put in prison. Human rights abuses are part of daily life there. A sixth-grader from my school came back from prison with bite scars; another had had needles stabbed into his eyes.

Ibrahim: Sadly, there are human rights abuses in both parts of Kashmir, even in the Pakistani part. Most of the time, it is not armed terrorists who disappear but children who try to make their voice heard by writing poems or other things.

BZ: Why does no one get to know about these abuses?

Suhail: Because the Indian government censors this type of news. What happens in Kashmir stays in Kashmir. Except if the victims are Indian personnel. When fourty soldiers died and two planes were shot down about two months ago, the whole world was hearing about it. That is incredibly frustrating. To express that frustration, Kashmiri teens have started throwing stones at military camps every time an innocent person is killed. I have also done it multiple times already. That might seem aggressive, but it is the only way in which we can show some form of resistance.

Ibrahim: Pakistan also censors any news about such events. That is why it is even more important to make other voices heard. And they are getting louder, especially among the youth. I know multiple teenagers who have started projects to inform about the problems in Kashmir. On both sides of the border, teenagers are beginning to distance themselves from the dogmatic opinions of their parents and grandparents. They are starting to realise that we have to choose a peaceful path if we want to solve our problems.

BZ: Freiburg is thousands of kilometres away from home. How can you work towards a resolution of the conflict from here?

Ibrahim: I would like to become a diplomat because I believe the solution to the problems lies in international cooperation. The first step of this journey was to study at UWC Robert Bosch College and learn about all these different cultures. Because I can only claim to truly understand my culture if I know others and I can only learn about my culture by seeing how it interacts with others. In any case, raising awareness about the crisis is the beginning of any type of change. I believe that is the duty of any Indian, Pakistani and Kashmiri living abroad.

Suhail: I see it the same way. I was always extremely frustrated that no one knew about our situation back home. But how is anybody supposed to know if there are no reports? I came to UWC because it offers me a platform to talk about my home. Last week, Ibrahim and I presented the Kashmiri conflict in front of our classmates from over 100 different countries. Ibrahim says information is key to a peaceful solution. Well, so is education and intercultural exchange. Someday, I want to open an international school in Kashmir.