RBC Alumni Fadhil Ahmed´s journey back to Iraq by BIKE 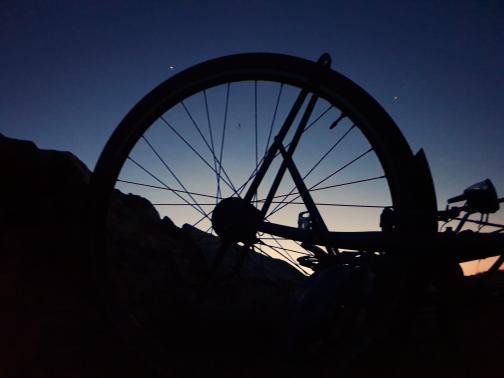 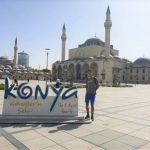 BC this summer and is currently on his way home to Iraq – by bike, facing 5700 km from Freiburg to his home destination in the south-central part of the country. His journey will take him along the Danube to the black sea, then along the Black sea to Istanbul and through Turkey as well as Kurdistan, Iraq. Last year, Fadhil, who is passionate about environmentalism, took the bus home instead of a plane; this year, he decided to take this one step further. His last update to us came from Prague a few weeks ago (he’s now closer to Budapest):

“When you do something like this bike trip, it makes you come alive and realise the power and strength you hold. It also helps me understand how it feels like to apply ultimate effort and stand up for what I believe in. It has been really fascinating. I read about Prague through the traveller Ibrahim Bin Jacob. He was a Jewish, Hispano-Arabic merchant and diplomat of the Arab Government in Spain. He travelled through Europe in the 10th Century and wrote about the life of people in the north, central and some eastern parts of the continent. In the last few days I learned that his diaries (in which I have read about Prague in Arabic a while ago) are the oldest documentation of the existence of the city, when it was on an important trading route to Krakow. Ibrahim Bin Jacob was one of the sparks of my bike trip. It is fascinating to be where he was and to see a part of what he has probably seen.”

More than three months have passed and Fadhil is still on the road and yet, he remains quite far from home. His last update reached us from Konya, Turkey.

“It has been 119 days since the 8th of June. Many people, new stimulating languages and architecture and countless stories. I honestly started to believe that everyone should do this, maybe not biking, but travelling with an open mind to see what is and what could be out there.
So far, I have crossed 4770 km, and I still have about 1500 to go, the distance is farther than I expected. Whenever I get more east, I expect things to be more familiar and that nothing will be very impressive for me as I come from a very culturally similar place, Iraq, but days never fail to amaze me.
Currently you can find me sitting in the outer part of Sultan Selim mosque (built in the 16th century) in Konya, Turkey, next to what is called “Mevlana Mosque”(built in the 13th century) where Jalaluddin Al-Rumi (an Islamic scholar who developed the Mevlevi way of Islamic mysticism) is buried. If you are from the Arabic, Persian, or Turkish world you have most certainly heard of him. He dwelled into mysticism, the love of God and how that can be articulated and translated into the tolerance and acceptance of everyone. I guess that is why there are so many people visiting his shrine every day. His poetic words have been translated into multiple languages. He impacted this city, Konya, so much that it is named the City of Hearts. The city celebrates his migration in the 13th century from Greater Khorasan which comprised the present territories of north-eastern Iran, parts of Afghanistan and much of Central Asia, to Konya.

Many things happened, and it is very hard to decide which one to tell. I will talk about the one experience that felt connected to UWC the most.
After 2 hours of interrogation at the Croatian border (which an Iraqi passport holder should expect) I was granted entry. There was nothing around, just plane fields, a flat area in front of you where you could see the earth meeting the sky in the horizon. I was told by the Croatian border officials that Serbia has shut its border, so I just decided to cycle a bit around the Danube floodplain and then go back to Hungary and continue my journey through Romania. I went on cycling along the Danube dam that separates the marshes area from the rest of the land. After 10 km I was happy to arrive at a village.
That Village was not ordinary, there were houses, buildings but no people, there was nobody, only deer and wild pigs. After about 30 minutes of going around I finally met a family, thankfully they spoke English, and they offered to host me for a few days. I stayed there for three days and they were the best of my life. The story of this village goes like this: during the Balkan war, this area was taken over by the Serbian army, people fled and only this family came back. Those people were one of those who were directly impacted by the conflict, so the narrative of the conflict and the feelings towards it were much different and stronger than those I saw at UWC from some of my friends from the Balkan region.
“What is the EU anyway? here is a flag and some money and then you have to obey and agree to many things”
“No way Serbia joins the EU. Then what, we live with them? After all that happened?!”

Those were some of the comments I heard which reminded me so much of Laurence’s words “It is time to go and see real life”. My experience with this family was fantastic, it was like a fairy-tale, we cooked, milked the sheep, went to the forest for animal watching at night. It was one of the best experiences I had and will probably ever have. Having just graduated from UWC, this experience also made me wonder; what is possible? How could we give up the heavy emotional side that is left by wars and death for a more logical and constructive path. Will it ever happen that such conflicts will be brought to an end?”

We cannot wait to hear more about his adventure, stay safe and enjoy the ride Fadhil!